How alcohol addiction treatment as an outpatient has evolved 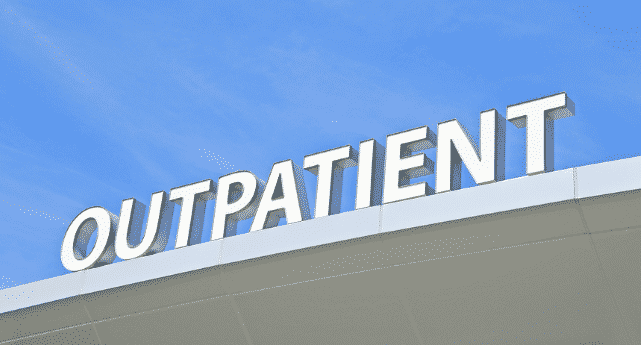 Alcohol addiction treatment has been around in one form or another for hundreds of years. There are records of institutions in the seventeen hundreds which were opened in both the US and the UK to provide an abstinence-based method of alcohol withdrawal. Such institutions continued in one form or another until the current day, providing a place for addicts to not only withdraw from alcohol but also to hopefully enjoy a period of protracted sobriety before taking their place back in society.

As well as institutional care, there were also a wealth of “cures”, lotions and potions which were touted as being effective in helping individuals to manage their alcoholism effectively. Some of the cures were downright dangerous, including “Double Chloride of Gold” cures and similar concoctions! In the 1800s, Sigmund Freud even recommended that alcohol addiction was treated with cocaine! During previous centuries there was also a moral emphasis on the “evils of drink”. Christian institutions were set up to provide accommodation for drunks who wished to reform. In later years, many people with alcohol problems, particularly if their addiction existed alongside a mental health condition, were shipped off to lunatic asylums!

Needless to say, in many cases incarceration or the use of unproven (and in some cases, dangerous) mixtures which were said to make withdrawal easier or sobriety a less onerous task, did more harm than good! It wasn’t until the 1970s that there was the beginning of a small revolution in the way that addiction was treated.

How alcohol addiction treatment has evolved

When looking at how alcohol addiction treatment has evolved, it’s helpful to look both at how people view the problem and the changes in the way that it’s addressed. Views of alcoholism have changed: whereas previously it was seen as a moral failing, contemporary theories suggest that alcoholism is a disease, requiring compassion for the sufferer as well as a wide-ranging spectrum of different therapies. Studies have shown that alcoholism often has a genetic component, or may develop in response to trauma, life events or stress. It is recognised that substance abuse is often a form of self-medication for undiagnosed and/or untreated mental health or behavioural problems. There is also some research which indicates that there is such a thing as an addictive personality: people with an addictive personality who embrace sobriety unfortunately frequently end up picking up another addiction of some sort.

So what type of treatment can a contemporary addict expect?

Modern addiction treatment focuses on creating tailored treatment plans which are customised to meet the needs of the individual. The days when people were incarcerated in a long-stay hospital or institution for many months are over. Many addicts prefer to receive treatment as outpatients. This enables them to continue to work and/or fulfil their caring obligations at the same time as getting the treatment they need to embrace sobriety. Aside from a short in-patient stay which may be necessary during the physical withdrawal from alcohol, most treatment is now conducted on an out-patient basis. Treatments include a range of talking therapies, support groups and a toolbox of techniques to maintain sobriety, as well as a variety of drugs which can be used to assist in remaining sober.

There is now a good selection of alcohol addiction treatment drugs, which can be used to treat the various symptoms and problems that sobriety may cause the recovering addict. Drugs such as Librium, Ibogaine, Diazepam, Gabapentin, Baclofen, Tenormin and Valium can all be used to treat withdrawal symptoms. Typical withdrawal symptoms may include anything from anxiety to muscle spasms, stomach problems, sweating, heart irregularities, major psychiatric episodes. These may be administered alongside medication to deal with concurrent conditions, notably mental health problems.

In order to maintain sobriety, patients may be prescribed Antabuse. This is a drug which is taken daily and reacts badly with alcohol. If an addict drinks whilst taking Antabuse, they will become enormously sick very quickly. Some addicts find this helpful in assisting them in controlling their cravings. Modern drug therapy enables patients not only to enjoy a relatively comfortable withdrawal, but also gives them valuable help in continuing their sobriety journey.

The Home Detox programme has experience in tackling all aspects of addiction and a proven success rate in breaking complex addiction patterns. We offer the UK’s leading alcohol home detox programme, allowing you to access GP consultations, therapists, nurses, withdrawal medication, nutritionists, and more, all from the comfort of your own home.

It’s the most affordable, least disruptive, and most reliable way to ensure you get on the path to recovery.