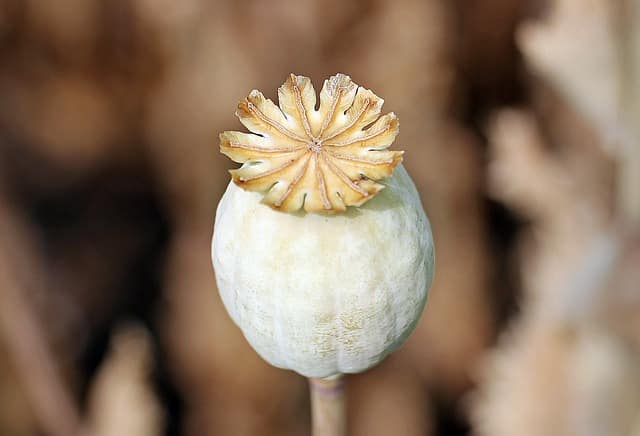 Opiates are drugs that are derived from opium, the chemical from the poppy plant which is also used in heroin production. Opiates are commonly used as prescription painkillers known as opioid painkillers due to their effectiveness at reducing pain, extremely calming effects, and a general feeling of warmth and contentment.

As the graph below makes clear, opioid deaths are on the rise in the UK. However, they still remain low in comparison to the United States, where opiate addiction is the leading cause of overdose and over 47,600 people died from opioids in 2017 alone.

The least potent of the opioid killers, codeine is made for the relief of mild to moderate pain and coughs. It is commonly abused by mixing it with fizzy drinks ice to make “lean” or “syrup”.

Darvocet and it’s relative Darvon are opioid painkillers that were once available on prescription but led to many deaths and overdoses. While Darvocet prescriptions were banned, they are still available on the black market and are commonly bought and sold.

Dilaudid is a powerful painkiller that is often referred to as “hospital grade heroin”. Dilaudid abuse very commonly leads to overdose or death due to the power of the drug.

Fentanyl is over 100 times as strong as morphine and is only prescribed in the absolute most extreme cases of pain. Fentanyl is one of the easiest drugs to overdose on due to the incredible potency available in even the smallest amount of Fentanyl. There is currently an epidemic of Fentanyl overdose-related deaths due to dealers cutting other drugs with it to make them feel stronger.

Morphine is an excellent painkiller and one of the most effective drugs available for people suffering from long term chronic pain. Unfortunately, it is also one of the most addictive substances known to mankind, comparable to heroin and potentially leading to dependency after one or two uses.

These are the telltale signs to look out for if you believe somebody you know maybe addicted to opiates:

On the other hand, here are the symptoms of an opioid overdose. These are commonly life threatening so if you think somebody may be going through an overdose, contact emergency services immediately:

Treatments for opiate addictions vary a lot due to the large number of different opiates available, combined with the difference in how different people react to different drugs.

The most commonly used drug is methadone which helps to reduce withdrawal and cravings by stimulating the same part of the brain that opiates do, without giving you the same ‘high’ feeling. Methadone is addictive in itself but is much less dangerous than other opiates, meaning it works well as a substitute for weaning off other opiates.

Naltrexone also works well at preventing relapse, as taking it before using opioids will prevent the “high” and the “reward” feeling caused by the opioids, drastically reducing your cravings to use again in the future.

If you are addicted to opiates, you likely know that you desperately need help, but we often unable to afford inpatient rehab treatment, either financially or in terms of time away from our jobs, home and family.

If this is the case, we can help you to overcome your addiction and regain control of your life from the comfort of your own home.

This makes it easier than ever to get your life back on track without needing to spend time away from your family.

Contact us now to discuss further and learn more about how we could help.