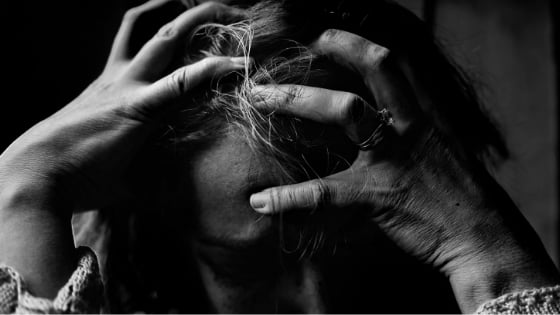 What is Wet Brain Disease?

Wet Brain is a long term and seriously debilitating form of brain damage most commonly caused by repeated and heavy use of alcohol. Also known as Wernicke-Korsakoff’s syndrome, Wet Brain is actually made up of two separate but connected issues, Wernicke’s encephalopathy and Korsakoff’s psychosis.

What’s the difference between Korsakoff’s psychosis and Wernicke’s encephalopathy?

Also known as Wernicke’s syndrome, this condition stems from biochemical lesions in the central nervous system caused by the deficiency of thiamine and other B vitamins. It most commonly affects the sections of the brain involved in memory, such as the thalamus and hypothalamus.

The most commonly experienced symptoms of Wernicke’s encephalopathy are ophthalmoplegia (eye movement disorders such as lateral nystagmus), ataxia and confusion. While 82% of people diagnosed with Wernicke’s encephalopathy suffer from confusion, a relatively small amount of people experience all three issues and most suffers tend to have a unique mix of symptoms depending on their own drinking habits and how long they have been dependent on alcohol.

Also known as Korsakoff’s syndrome, this is a long term condition that most commonly develops after symptoms related to Wernicke’s encephalopathy have appeared and gone away again. It appears in 80% of patients with Wernicke’s encephalopathy who go untreated, and can also be caused by severe or repeated attacks of delirium tremens, or other triggers such as head injuries. Symptoms include retrograde and anterograde amnesia, time disorientation, fabricated memories and emotional changes.

Wet Brain results from a deficiency of thiamine or vitamin B1, something that is very common with alcoholics and people with alcohol dependency issues. Thiamine is a crucial vitamin to the human body but one that doesn’t occur naturally. People need to eat it regularly in order to remain healthy.

However, alcohol interrupts the body’s natural absorption of thiamine and destroys the body’s natural thiamin reserves in the liver. When this effect is combined with the bad dietary habits usually exhibited by alcoholics, it is quite clear to see how alcoholics so commonly have serious deficiencies of thiamine. All tissue in the body requires thiamine to function and develop correctly, including brain tissue.

How common is Wet Brain?

While Wet Brain isn’t hugely common among people as a whole, if an alcohol dependency issue goes on long enough and in high enough quantities, it’s eventually inevitable. According to the National Institute on Alcohol Abuse and Alcoholism, up to 80% of adults with some form of alcohol use disorder also suffer from a thiamine deficiency. At this early stage, deficiencies are very treatable, but unfortunately, once the deficiency has progressed to Korsakoff’s Syndrome, “the patient may show minimal improvement during initial treatment, and remaining symptoms may be permanent” (StatPearls 2018).

What are the symptoms of Wet Brain?

Symptoms can, of course, vary depending on whether the sufferer has Wernicke’s encephalopathy or Korsakoff’s psychosis.

Here is a list of the most common symptoms for each:

How is Wet Brain diagnosed?

There are no laboratory tests or neuroimages that can prove somebody has Wet Brain. It can also often be hard to identify due to similar symptoms of other conditions experienced by alcoholics such as withdrawal and intoxication.

Because of this, GPs will usually begin by thoroughly examining the neurological system to determine any issues with eye movement, reflexes, and more. Doctors will also generally be aware of all potentially related symptoms including issues with gait, vitamin deficiencies etc. Vitamin deficiencies can be confirmed through blood tests, and liver enzymes can also be tested if an alcohol problem is suspected.

How is Wet Brain treated?

Wernicke-Korsakoff syndrome can’t be cured, however, it can be slowed and most related problems can be reversed, although memory loss can sometimes be permanent if not treated early enough.

Alcohol detox medications are usually given to treat symptoms such as alcohol withdrawal and drugs can also be prescribed to combat problems like rapid eye movements.

Thiamine and other vitamin supplements are also given and can help combat confusion, delirium and the worsening of symptoms, however, it can never bring memories back or reverse the damage.

Despite these treatment methods, the most important thing a Wet Brain sufferer can do is to get professional help to solve their drinking problem – after all, stopping alcohol will stop the development of all symptoms, and when combined with thiamine and professional advice it is possible to reverse most of the damage.

Alcohol withdrawal treatment at home or alcohol home detoxing programmes can be a great way to get control of your drinking problem and begin the path to recovery.

If you or somebody you care for is struggling with alcohol dependency or Wet Brain symptoms, the best thing you can do is call 0333 444 0315 now to discuss options for home treatment.