What I Wish I Knew About Alcohol & Depression 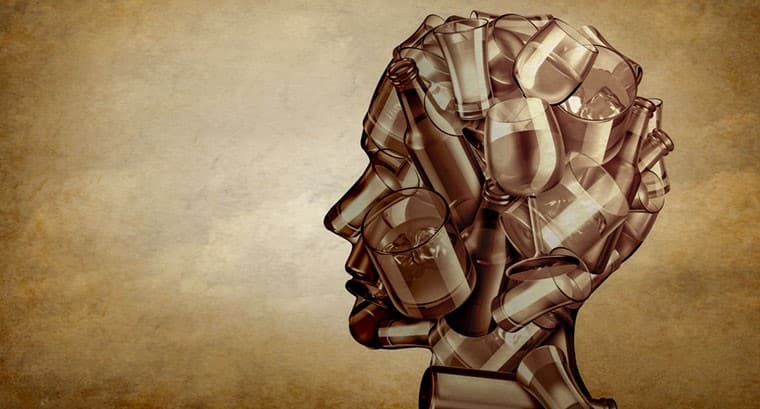 Alcohol and depression are closely entwined in several different ways. Alcohol affects the mood, and the use and abuse of alcohol can cause feelings of depression, low mood, and anxiety. In addition, many people who are dealing with depression might abuse alcohol as a form of self-medication, drinking to try to feel better or to numb their feelings.

Drinking alcohol is a common practice, although you might believe that it’s more common than it is. In the UK, just over half of men and under half of women drink alcohol. For most people, it’s something that they can do safely and comfortably, without negative repercussions, apart from the occasional hangover. However, alcohol can cause problems when it is abused, and when it leads to dangerous behaviours. The link between depression, alcohol, and whether one leads to the other is an important issue to address. Many people with alcohol dependency also experience depression, and this depression is unlikely to disappear as soon as they stop drinking.

About 1 in 100 people in England have alcohol dependence. Between 2014 and 2019, the number of hospital admissions for mental health problems and alcohol use occurring together rose by 4%, with older people accounting for the change, while hospital admissions for younger people have fallen. Alcohol abuse and addiction and depression should be examined and treated together so that both issues can be tackled at once.

The Link Between Alcohol and Depression

Alcohol and depression can feed into each other because alcohol affects the chemistry of the brain. The after-effects of drinking, including hangovers, can cause problems such as feeling anxious and experiencing other negative emotions, such as guilt, which could lead to further drinking to deal with these feelings. Alcohol dependence or misuse can cause a range of issues for people and for those around them. If someone is drinking too much and experiencing the symptoms of depression or anxiety, both of these problems need to be addressed with the right treatment.

While the link between alcohol and depression is clear, it’s not necessarily possible to say that alcohol causes depression. What we do know is that drinking too much alcohol can increase your risk of depression. This is because alcohol affects the chemistry of the brain, just like other mind-altering substances. Alcohol is a depressant, and you don’t have to abuse alcohol to notice that. If you drink, you have probably noticed that you can experience an alcohol depression hangover with feelings of sadness and anxiety. As well as feeling depression after alcohol, you may feel yourself getting blue before the alcohol starts to wear off.

Studies have shown that depression and alcohol misuse are co-dependent in women, and that military veterans are more likely to experience both depression and alcohol misuse, alongside PTSD. However, it’s not always completely clear which one may come first. When the two problems occur together, there isn’t necessarily a clear line between the two or one that obviously came first. Alcohol-induced depression is a possibility, but often the depression occurs first, and people use alcohol and sometimes other substances to cope with it. This is sometimes called self-medicating and is common in people with mental health problems.

There are several factors that play a part in both depression and alcohol misuse. These include genetics, personality and personal history. Because the factors that make depression more likely can also make alcohol misuse more likely, it’s not always clear that one problem leads to the other or one comes first. Alcohol-induced depression is something that does exist. In fact, one study in the journal Addiction concluded that major depression caused by alcohol was more likely than major depression leading to alcoholism. It found that abusing alcohol significantly increased the risk of depression compared to people who do not abuse alcohol.

Alcohol works as a depressant, affecting your mood. The depressant effect of alcohol might be felt while drinking, but it is also likely to occur during a hangover after drinking. Depressive symptoms can also be experienced during alcohol withdrawal. Feeling depression after drinking the next day is common as the residual effects of the alcohol linger, and the alcohol leaves your body. Any positive feelings that might have been gained from drinking are gone, leaving a low mood and anxiety instead. Feelings of depression after an alcohol binge is something that might happen on occasion, but it shouldn’t be a regular occurrence.

Alcohol and Depression and Anxiety

Depression from alcohol can also be accompanied by anxiety and other mental health symptoms. Depression and anxiety often go hand in hand and can be managed and treated together. However, although they often occur together, they are two different things. Anxiety involves feelings of worry and fear, and these worried feelings can make you feel low. About half of people with depression also experience anxiety. Alcohol misuse and alcohol withdrawal can lead to anxiety, and people may also use alcohol to try and get rid of feelings of anxiety, especially as alcohol can boost confidence and reduce inhibitions.

Help with Alcohol and Depression from the NHS

When it comes to alcohol and depression, NHS services are often lacking. The National Health Service’s mental health services and rehabilitation for substances are underfunded, and it can be difficult to gain access to the necessary treatment. Cuts to funding over the years have reduced the available services, which has further increased the strain on the NHS caused by alcohol misuse. Over the last five years, there has been a reduction in trained addiction specialists and in funding to community specialist alcohol addiction treatment services. Many people turn to private options instead, which can provide treatment for both alcohol problems and alcohol-related depression.

Alcohol dependency and depression can be treated alongside each other, especially as they are often intertwined. Detox and rehab services are available to provide the right treatments and ensure both issues are treated with the care that they require. An alcohol detox helps you through alcohol withdrawal and can help to manage depression after giving up alcohol. Treatment for both alcohol addiction and depression includes a number of techniques, including counselling and therapy designed to address the issues. Attending rehab can also provide help for families affected by alcohol misuse, as well as aftercare once the treatment is complete.

Recovering from alcohol addiction and depression in a supportive in-patient environment is often the best option for many. It allows for a controlled and relaxing environment, where the resident can concentrate on their treatment without other distractions. If you or someone you know is struggling with alcohol addiction and depression, you can get help with professional treatment services.